I spend a lot of time in my day job talking to partners in the automotive industry about social media, and other ways to increase awareness of their business, and I often think to the successes I see in the beer industry through my hobby trying to find ways to tie them together. However, ultimately that is just a recipe for drinking and driving so avoid it. Not many ways the two are related, however the importance of social is equally important. 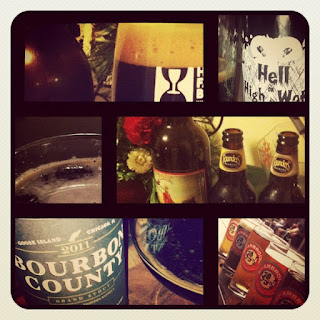 A year ago (ish) I blogged a bit about it and at that time two competing "check-in" services existed and were courting fans. RedPint eventually lost that and merged with the standard that is Untappd and everyone benefited. Much like foursquare it lets you track and log your beers all while keeping a dialog with friends locally and across the world. And like the 4SQ model you can earn badges for reaching various milestones. It's a lot of fun. Today thousand of hop-heads are linking twitter, facebook, foursquare and untappd to #drinksocially ( a popular hashtag that Untappd uses on  ) Beer geeks, snobs, and J6Ps alike are tweeting about everything from Bud Light to holy grails like Kate the Great from the Portsmouth Brewery (jealous I am)

So whats the point? The hook? The bottom line is breweries are getting it. In fact, following in the vein of Facebook Untappd recently began to allow breweries to "Claim" their brand on the site. Kudos to the untappd team for recognizing the value of their platform and to forward thinking brewers (most are) for getting in on it. Now they have access to a database of thousands of beer geeks, and casual fans so they can see trends and such via analytics. Brilliant!

Another growing trend I've seen, and use regularly is the very popular instagr.am which is only available on mobile devices, making us all great photographers with the use of filters, and other apps that let you frame up your brews in classy way.  Popular hashtags include #craftbeer, #beerporn, and of course #beergasm. Clever right? I'm not sure what value this might have to breweries, but I have seen contests and such put on by breweries, tied into facebook and such. Post your pint and what-not. No idea what the future will hold, but damn it's fun to look at all that beer. Especially the ones I could only get via trading. 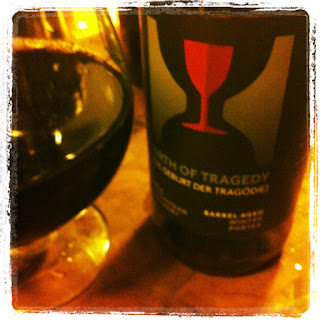 The point? Not really sure, but social matters. Regardless of your business. Anyone who doesn't see it's value is in a box, or just not thinking it through. So step back, crack open a brew and evaluate what your position is on social media. Where do you see it going? Set goals, have fun with it and see where it can take you.

Hundreds of breweries and bars the world over recognize the value of social, and the often FREE advertising and awareness it can raise. So why don't more auto dealers? Maybe they just need a drink.

Keep an eye out for my 2011 year in beer review coming soon!