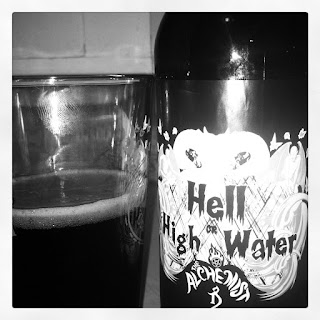 2011 had it's up and downs like any other year, but without question it was a fantastic year in beer for this guy. It started right out the gate as I rang in 2011 with Infinium from Sam Adams. And saw the ball drop (vague recollection) with the always tasty and only recently available in Vermont Goose Island Honkers Ale.

The story however, is the beers between. And there were many, as my weight gain clearly attests to. I can't very well lay them all out on here, so I'll hit the highlights but if you really want to dig in please follow me at Untappd and Twitter (metallidan) to get more updates than you would like.

Kicked off the beer season in 2011 going to the Extreme Beer Fest in Boston, hosted by Beer Advocate and Dogfish Head this was a blast. Got to try some great beer from afar from breweries I otherwise might have missed. For example Shorts? WOW they know what extreme is about, and geting some World Wide Stout Randalized was phenomenal. I want one! In fact, this years EBF is coming up this weekend. Can't wait! I'll be hitting up Night of the Barrels this time and couldn't be happier about that. I'm sure I'll have some words in a week or two about that. 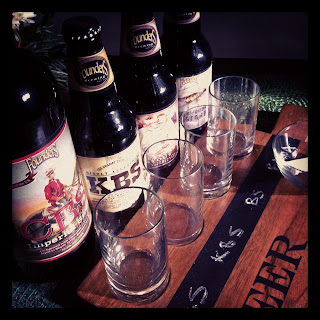 2011 we lost a landmark, RIP Alchemist Brewery. I unknowingly had my last meal, and beers the night before Irene devastated Waterbury and much of my home state. Later next month my friend Chad opens up Prohibition Pig in it's place, and I wish him great success but he has big shoes to fill. I was lucky, and able to scoop up some of the last remaining bottles of Luscious, a big Russian Imperial Stout that survived the storm. One of the highlights of 2011 for sure. Yes, I have a never ending supply of Heady Topper thanks to the now open cannery, but I argue that Luscious is the greatest beer John ever made. I regret that I did not buy more.


I also had a successful year of trading, and was able to get ahold of many beers I otherwise had no shot at. Drinking a Maui brewing company Coconut Porter right now actually, dang tasty. No where near the level of a couple others though. Three Floyds Baller Stout, Dark Lord, Parabola, and many more that were standouts. Thank you internets for faciliating this glorious service. Beer in the mail is pure joy. I wish I'd thought of it sooner!

2011 also saw the return of an old favorite locally, thank you Magic Hat for bringing back Ravell, one the best they have ever done. Looking forward to trying Fiddlehead Brewing company soon, a new brewery born from the talanted hand of Matt Cohen who split up with MH went they were sold. I hear he makes a mean IPA. 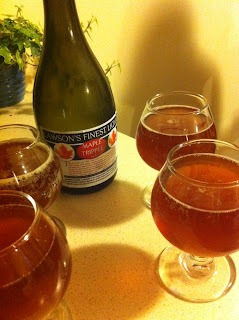 So many beers were had, in several states, several countries, many were great, very few were bad, and some I don't remember (litterally) but all in all it was a great year for beer. It is not hard to see my style alegiance here, but I'm open to anything. Hit me up if you want to trade or would like to make suggestions. I'm game.

Hard to pick favorites, but in 2011 I'd put my top ten as follows. Not as exciting as Letterman's list, and although I consider a video and special guest host, but my offers were all declined. This list does not mean they were made this year, only that I consumed them.

Honorable mention to this tasty treat from Lawsons, not one of my faves but it was the most expensive beer I bought in 2011. Not his best by far, but he makes some killer beer. Seek it out! And he is a stand-up wicked nice guy, that is always a bonus.


10. The Alchemist - Heady Topper - Canned, hard to beat.
9.. Hill Farmstead - Birth of Tragedy - You want this <insert mens warehouse voice> I guarantee it </mh voice>
8. The Alchemist - Luscious - as I mentioned, best from John ever in my opinion
7. 3 Floyds - Baller Stout - Anniversary beer with Mikeller and Surly
6. Foothills - Sexual Chocolate - had both the barrel aged, and non at the same time WOW.
5. 3 Floyds - Zombie Dust - I could drink this all day, so well balanced. Perfect beer for a hot day.
4. 3 Floyds - Dark Lord - The hype is legit
3. Cigar City - Hunahpu's Imperial Stout - So much going on with this one, can't wait to have again.
2. Founders - CBS - yup no surprise, phenomenal this is amazing.
1. Goose Island - Bourbon County Brand Stout - this is the beer I judge all others by, and still my fav. The 2011 version is amazing, a little stronger but just as good

So there it is, for all 7 of you to read and ponder.

Here is hoping that 2012 is even better. I have a lot in the cellar  closet that will come out this year.

What were your highlights of 2011?