Economics? Darwinism? When Will Vermont Beer Slow Down?

I'm currently watching the #creationdebate (you can follow me on twitter to see my views on that) and the the Darwinian "survival of the fittest" concept has me considering beer, obviously. Especially here in Vermont where the beer is seemingly unending and breweries continue to open and succeed at a breakneck pace. We have more breweries per capita as compared to any other state, and a new brewery opens nearly every month in Vermont. Many more coming down the pipe in 2014.

It's been far too long since I've written anything, beer related or otherwise. There are so many great beer bloggers/writers out there, and my peers usually have it covered. I'm looking at you Jim, and Jeff. However, I feel compelled to start a discussion that could just be the elephant in the room for the Vermont #craftbeer scene.

When does is end?

I'm not sure on the sales, success or otherwise of many of these new breweries but as far as I know they are all still brewing beer and doing well enough to keep the doors open. We all know just how well the bigger and historically successful breweries like Magic Hat and Long Trail are doing. We also know that the craft beer community has embraced Hill Farmstead, and the Alchemist making some of the most prestigious beer lists worldwide on the regular. Putting Vermont on the beer map, a must visit for enthusiasts, a great place for a beercation. And what about some the newer breweries? Lost Nation, Drop-In, Grateful Hands, among others all seemingly killing it. (tangent: Lost Nation Gose is the best beer you may have never had, and Drop-In is a really cool spot to visit.)

In the coming months Four Quarters Brewing, Infinity Brewing, Burlington Beer Company, Queen City Brewery, Prohibition Pig, and many others will open to potentially serious fanfare. As many as 11 breweries are in planning to open this year! 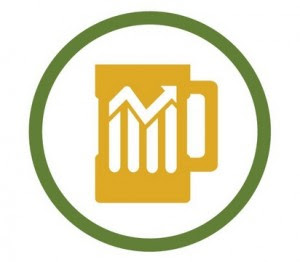 The demand is always outpacing the supply, people like to drink, and Vermonters love craft beer. However, I can't help but wonder when it will all come to a head. Will it? Is more always better? What brewery are you most looking forward to in the coming year?

Curious to hear your thoughts, I'm not looking to see anyone fail. I'm a sometimes home-brewer myself, and would love to work in the industry and do something I'm truly passionate about, something that I really love but for now that is just not possible. So instead, I'll drink to a great year and future for #VTbeer. Get out and try something new at your favorite watering hole.